South Korea is an extraordinary country filled with beautiful beaches, thriving cities, ancient temples, remarkable natural scenery and most importantly, friendly people with ancient history. South Korea has come a long way since The Korean War which ended in 1953. Almost all of South Korea was completely levelled during the war which is hard to imagine if you have seen Korea recently.

Korea’s dense urban centers, developed parks and recreation facilities, high tech infrastructure and ultra modern public transportation systems are just some of the things that have made Korea a recognized hotspot for international business and travel. Seoul Olympic Park, located in the capital city of Seoul, preserves the spirit of the 1988 Summer Olympics and is open all day providing multipurpose areas for sports, leisure and a variety of cultural activities.

To this day, South Korea remains one of the world’s most ethnically homogenous countries. It is believed that the people of South Korea are direct descendants of several migratory Mongol tribes who ventured into the Korean Peninsula about a half million years ago. Today South Korea is home to approximately 49 million people making it one of the most densely populated countries in the world. South Korea currently maintains diplomatic relationships with over 170 different nations. 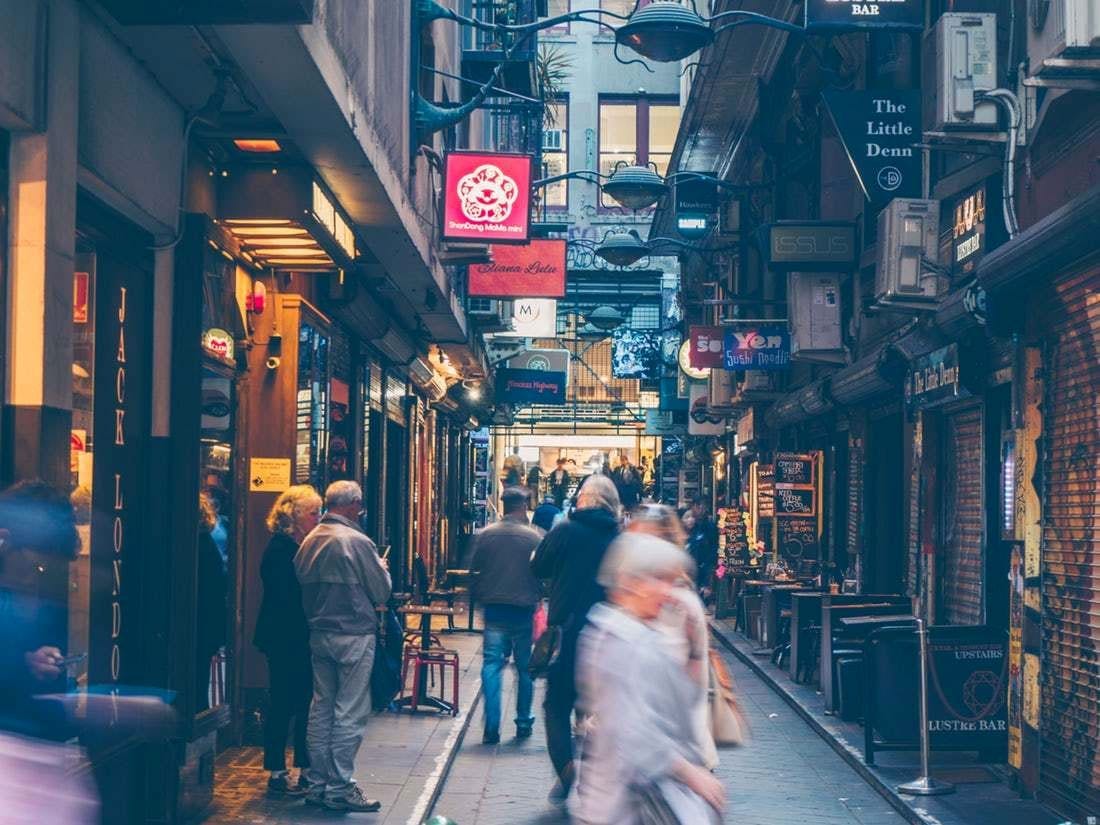 The best transportation system in the world.

The high quality of private education.

South Korea’s population was estimated to be around 50.8 million.
The country is noted for its population density, which was an estimated 505 per square kilometer in 2015, more than 10 times the global average.

South Korea is dominated by a temperature climate, the change of seasons is quite palpable.
Korean’s weather is upside down with New Zealand.

The Violent crimes and homicides level are low
The robbery crimes are the lowest level in the world.

What is South Korea Famous For?

South Korea is home to an endless number of world class attractions and annual festivals that foreigners and locals alike enjoy each year. South Korea has something for everyone and a person could easily spend years traveling around the country exploring all that it has to offer.

South Korea boasts one of the world’s largest international airports, the third largest subway system and the third fastest land train, the KTX, carrying people from one end of Korea to the other in less than 3 hours at speeds in excess of 360km/hour.

South Korea is one of the most law abiding countries in Asia, leaving foreigners to the country, men and women alike, feeling quite safe in rural and metropolitan areas.

Per capita, South Korea has the highest number of broadband internet users in the world; a token to its achievement as a high-tech economy. South Korea is also the world’s largest cargo ship builder which is part of the reason why Korea is now one of the world’s 12 biggest economies.

At times Koreans may stop and stare at westerners, this isn’t meant to intimidate them, it’s simply because they find westerners intriguing and they’re interested in their appearance, culture and attitudes. It’s not unusual for Koreans to offer you food or drinks at a bar or restaurant in order to hear you speak and practice their English 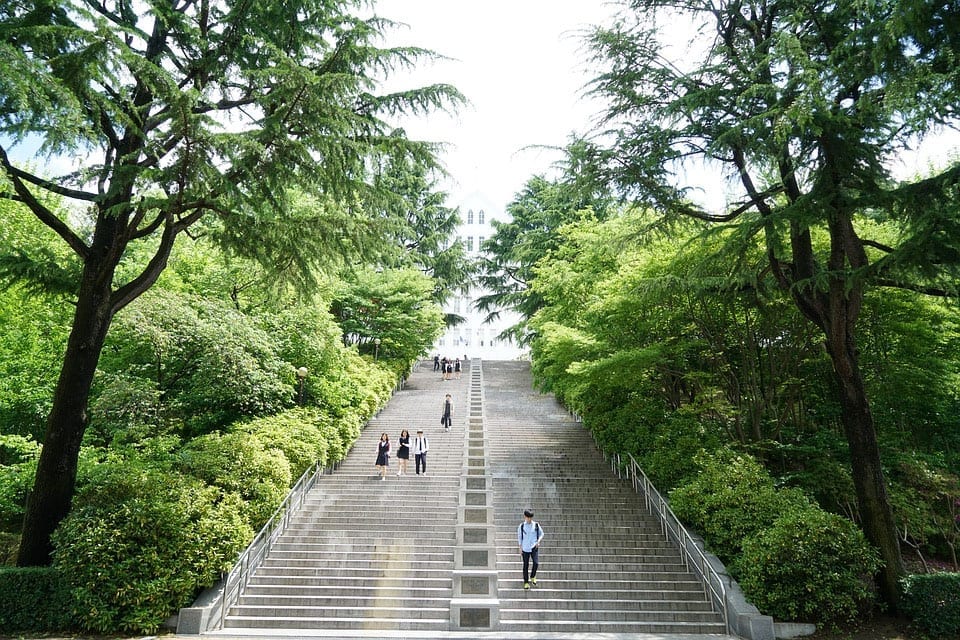 Stairs of the university Guanzhou in Korea 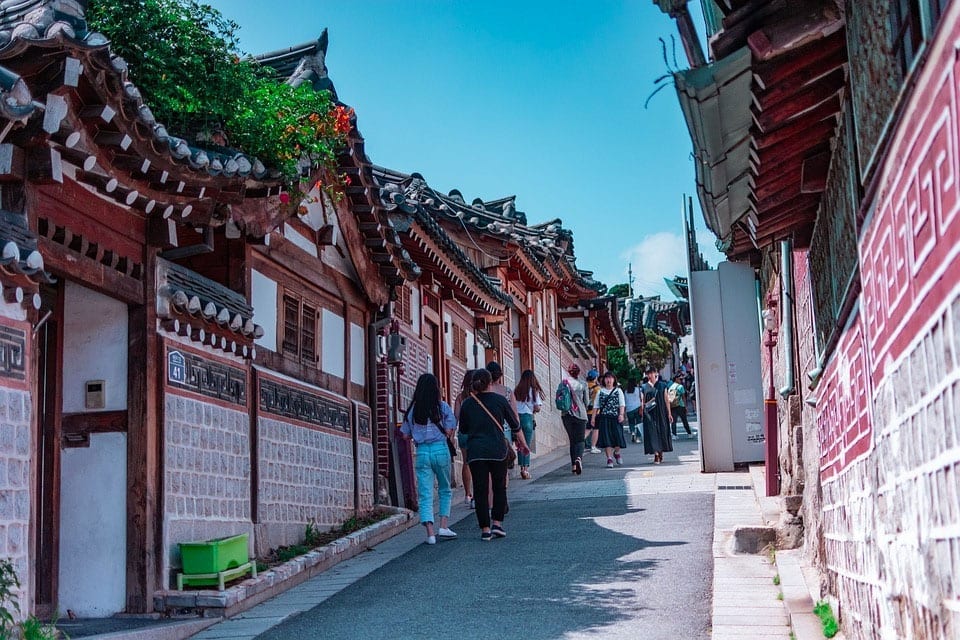 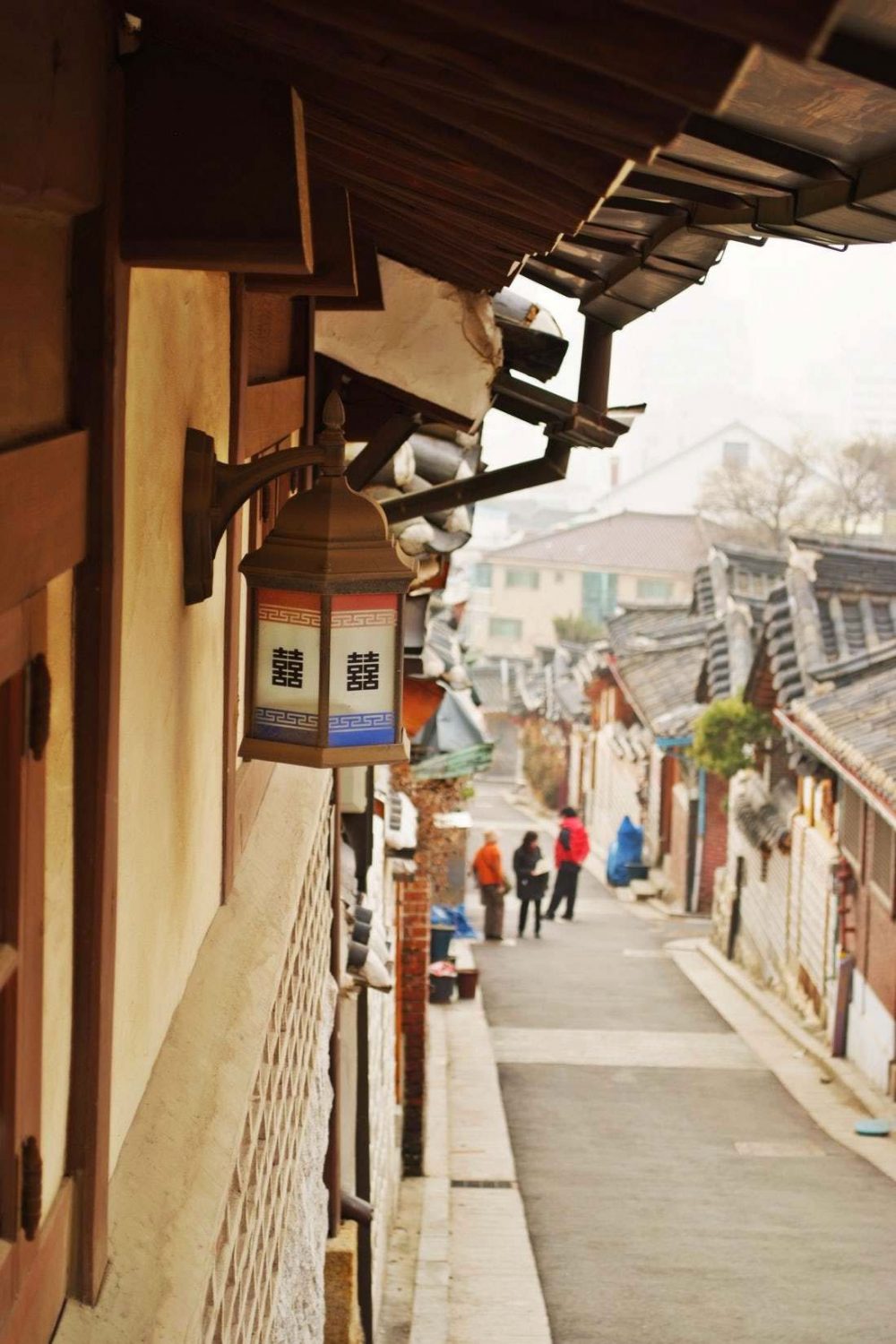 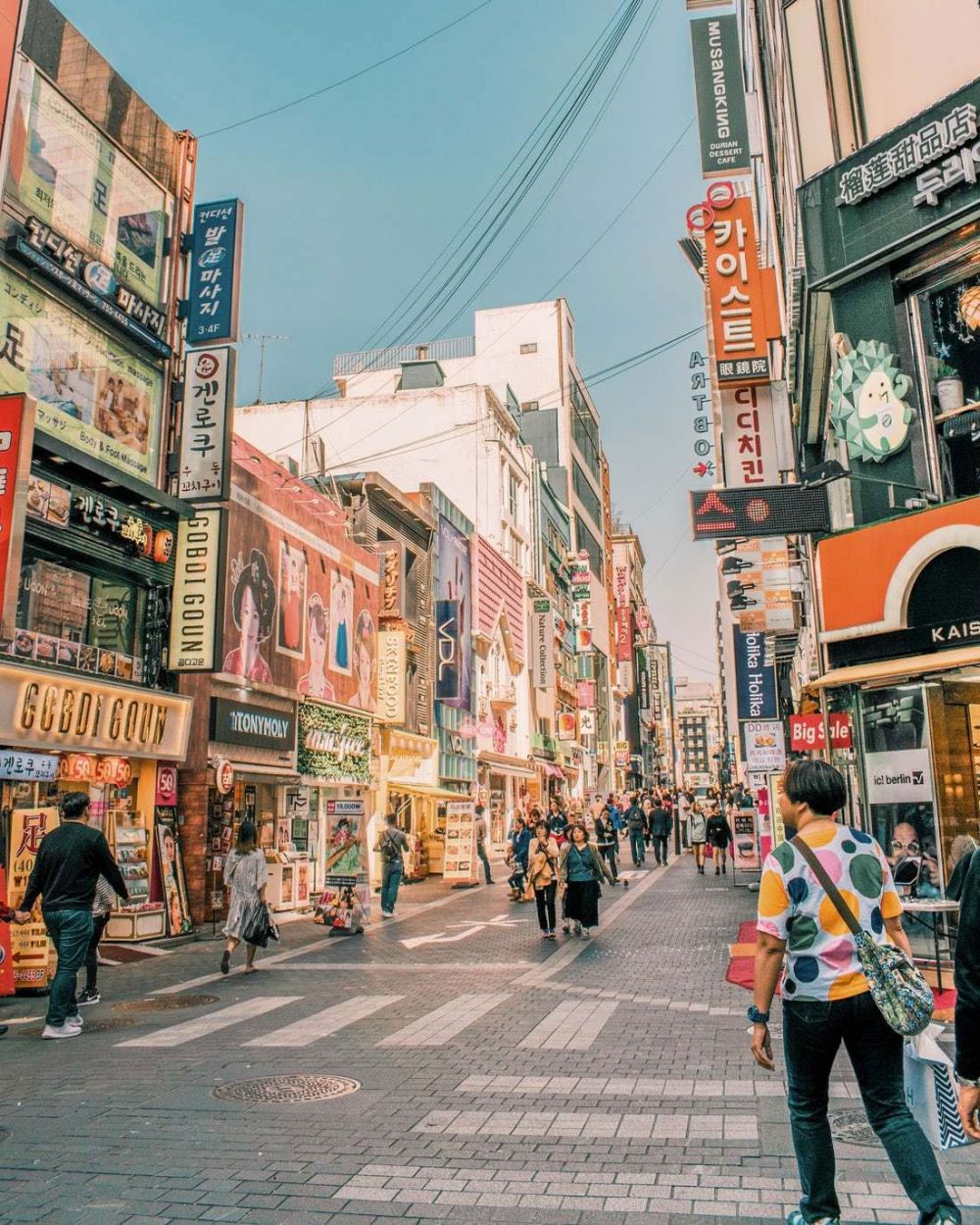 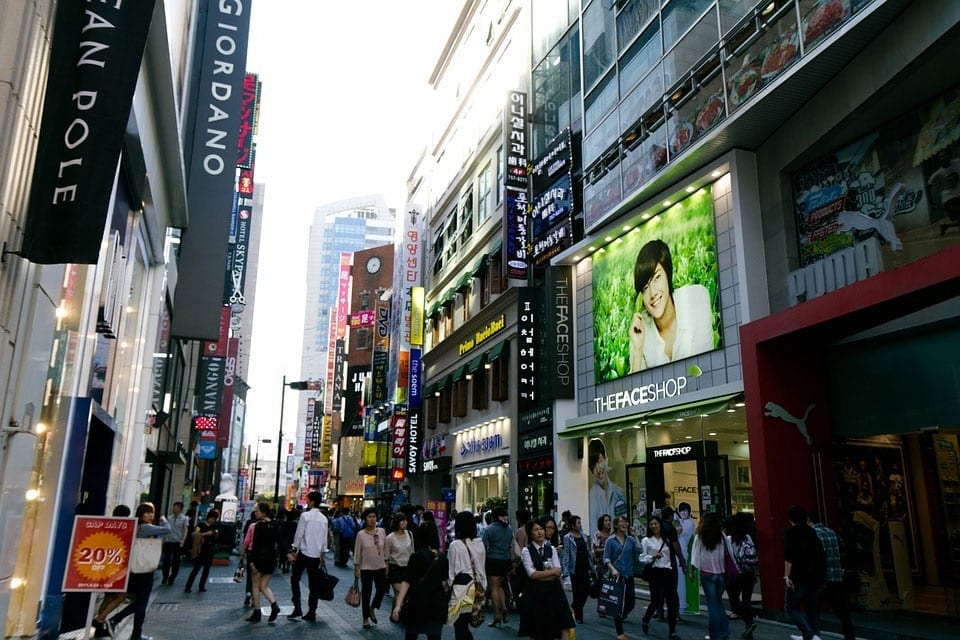 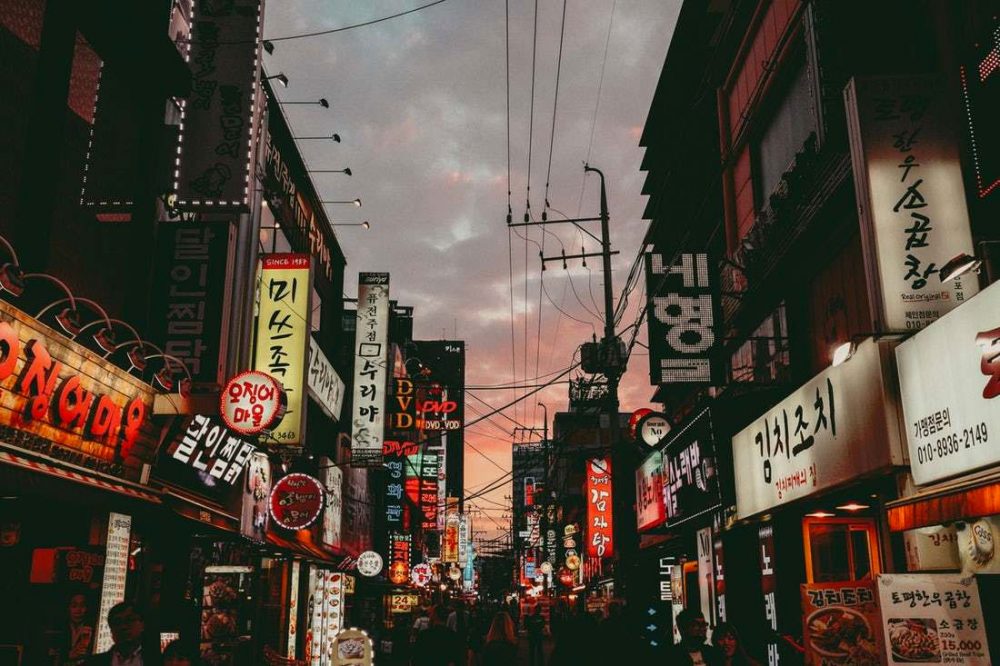 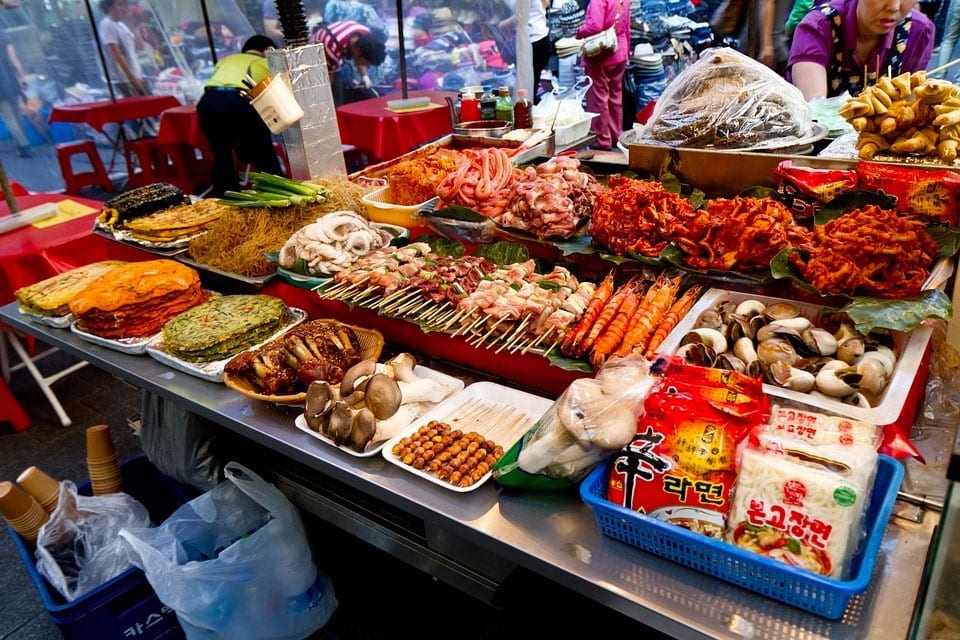 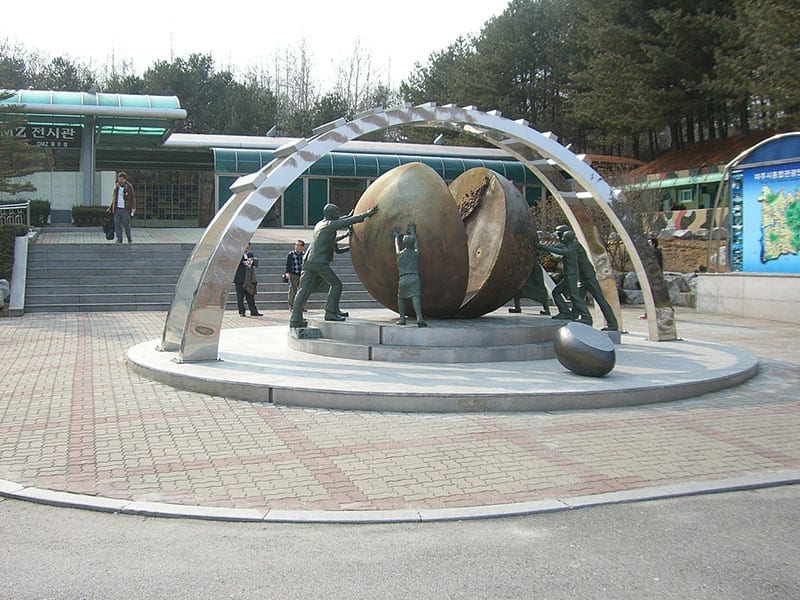 DMZ (Demilitrised Zone)
Imjingak is the place located on the banks of the Imjin River which often serves as first stop during exploration of DMZ. The best place to start with is the 3 story elevated observation deck allowing for the aerial view beyond Imjin River and towards North Korea. The Bridge of Freedom does not cross the river but is located where the former railroad bridge was located.

There is a North Korea Center with its exhibits. There are many monuments, statues, pagoda, wall of commemorative ribbons. 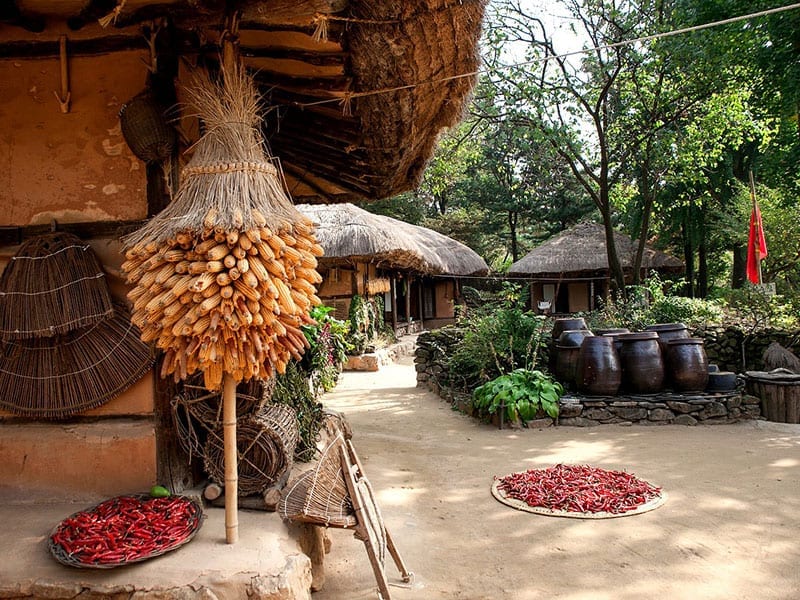 Korean Folk Village
Korean Folk Village introduces traditional culture from the late Joseon period to both local and international visitors through cultural classes experience, shaman faith, seasonal customs and others. Also, the village shows various places with unique features such as a farming village, private house, official districts, Confucian academy, seodang (village school), and a village street in realistic descriptions, as well as, a nobleman’s house and traditional workshop.  Performances including nongak (farmer’s music), martial art on horseback, traditional wedding ceremony, and other special events are available by season. In particular, ‘Welcome to Joseon’, held every May is a performance featuring time travel back to the olden days. In addition, a large family park where the eruption of a volcano site, ice sledding site, and markets are located. Visitors can enjoy Korean traditional rice cake like jeungpyeon (steamed and fermented rice cake), injeolmi (rice cake coated with bean powder), bukeo-gui (grilled dried pollack), or pajeon (green onion pancake) along with dongdongju (traditional Korean liquor). 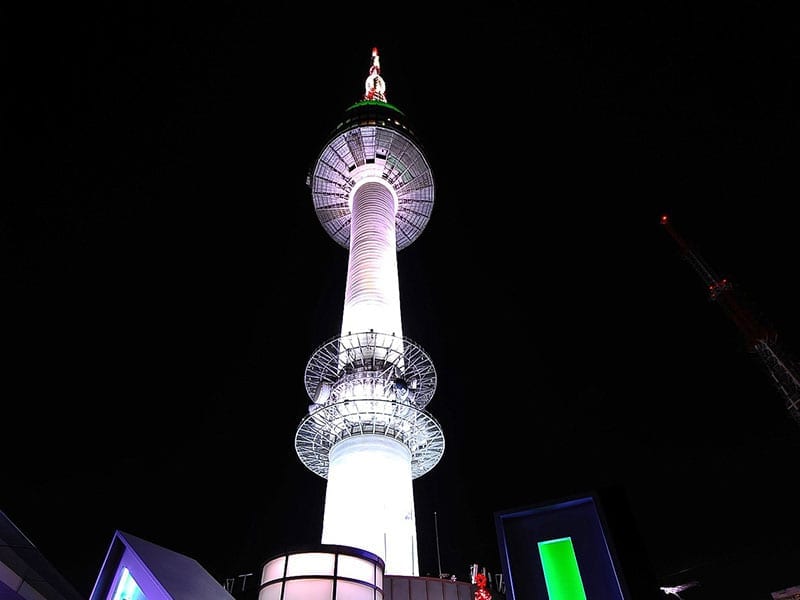 Namsan Tower
Namsan Seoul Tower was the first tower-type tourism spot in Korea. The top of the tower is at almost 480m above sea level, including Namsan Mountain (243m) and the tower’s own height (236.7m), making it one of the tallest towers in the Orient.

It is comprised of Seoul Tower Plaza, recently opened to public access after 40 years, and N Seoul Tower, operated by CJ Foodville since 2005. The tower was first established as a broadcast tower to send out TV and radio signals in 1969.

As of now, it has become one of the representative landmarks and multi-cultural venues in Seoul. 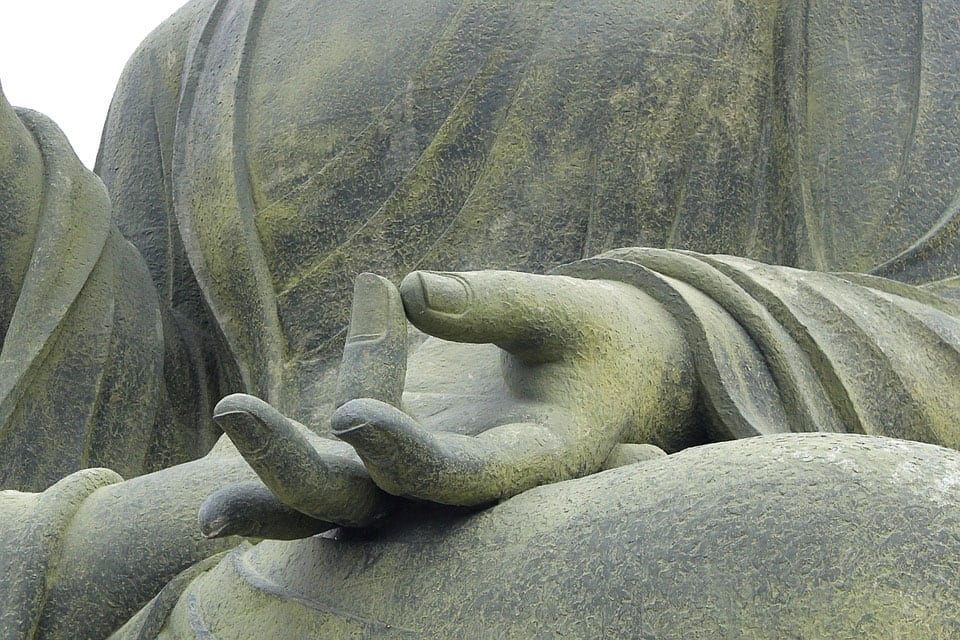